I love the rain. I often tell the Hubs that I could totally pull off living in a London flat. All I would need is a super cute pair of Kate Spade rain boots and an umbrella that even Mary Poppins would approve of. Then I could go splashing through all the puddles on my way to the local bakery. Oh, and while I sat eating my chocolate croissant, I could check out the latest Doctor Who filming down the street. Cuz you know that would totally happen. Obviously.

So today was one of those days where I totally pretended that I lived in that imaginary London flat and baked while the rain came down. 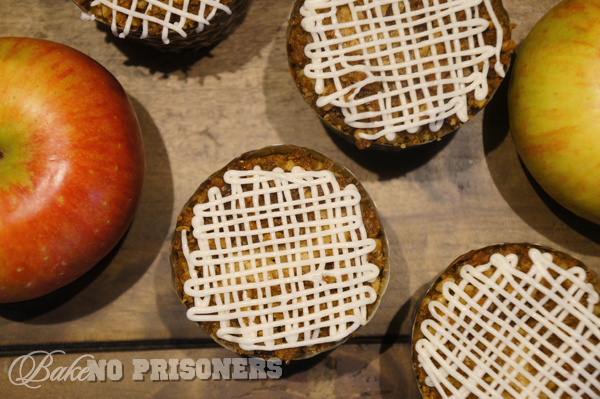 I had some leftover apple cider from our orchard trip, so I decided to bake up these baby apple cakes. To spice things up, I topped them with a simple walnut streusel and added a drizzle of cinnamon cream cheese icing. Best. Fall. Dessert. Ever. 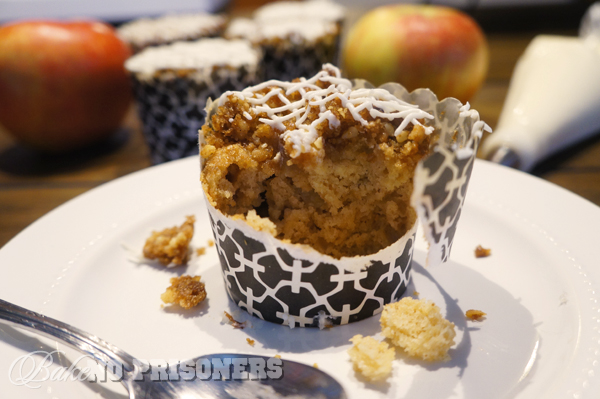